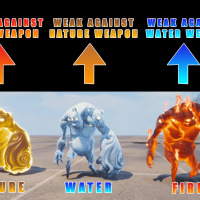 Jordan and Eddie (The Movie Guys)

The set of Christopher Nolan’s new war epic, Dunkirk; likely to be one of the years biggest film events

After a so-so 2016 that included some downright disappointing so-called blockbusters, 2017 looks like a rather intriguing year for movie lovers that could offer some of the most unique and satisfying event films in some time.

Of course there is your usual mix of superhero fuelled popcorn entertainment and a raft of big named remakes and reimaging’s but a brief rummaging over just some of the films picked here goes to show that there’s a huge collection of potentially brilliant experiences on offer by some of the best filmmaking talent the industry has to offer.

2017 seems to be offering up a great smorgasbord of Sci-Fi entertainment in particular, reflected in a number of films listed below and this should be exciting for all of…