So, as most of you have noticed I usually update my comics on Tuesdays. (last week was an exception due to my day job)

But, know that I work diligently each week to bring you laughs, or groaning and shaking of the head.

What’s in store? Well, as I search for a job that will somehow manage to cover the ever-climbing costs of living in Dallas, I have found my only form of sanity is releasing these comics to all of you.

What else indeed! Last week I ran a poll (which I giggled at myself for only getting 1 vote) But, none-the-less still realized that the one person took time out of their day to click the vote button on Twitter and so I shall make ready the spooky tales that they requested.

So, in honor of said-mystery-individual, I offer the internet Slenderman in all his glory and fame online─ including his origins, and different variations on this particular Urban Legend. 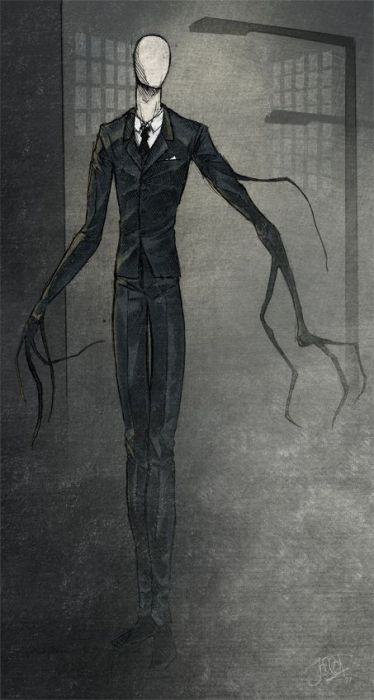 In addition to this spook-fest, I decided to add a Japanese Urban Legend of my choosing. So, be prepared for a fun-filled audio adventure! I do so adore old radio shows and recording books are something that I simply love. So when combining the two, I like to really put my all into them. These last few shows I’ve done felt a little under-whelming, so

I’m going to make all the sound effects in the new one!

I plan on updating these with images on my YouTube channel as well as adding my own digital art to each. (this girl has a real affinity for the dark side)

Some of my online comics will be dramatic or manga-esque, but most will be for the lulz. So with that, I leave you with this update message:

The creepy audio is coming soon, children, and the Tuesday comic will be up tomorrow as planned.