Where did you get your inspiration?

Many moons ago, this lady had a childhood. (Don’t take that tone of thoughts with me, reader, I hear it in your mind words.) For what my mother lacked, she made up with books. Our family loved stories, and my stepfather could spin a tale. I grew up learning about Chinese and Japanese folklore. 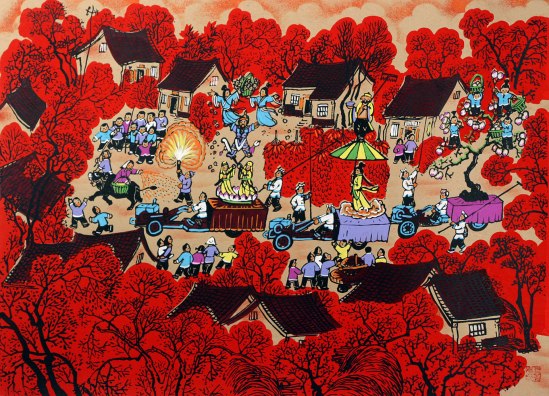 Though I was fond of many, the one that always stuck out in my mind was The Weaver and the Cowherd.

In book one of the trilogy, Celeste walks the long corridor of Matilda’s home which is filled with intriguing paintings. This section of the story combines the Tale of the Jade Emperor and the 12 signs of the Zodiac as well as The Weaver and the Cowherd.

Similarly, you may have read or heard about the star crossed lovers with the celebration of Tanabata in Japan. The tales are similar, but vary slightly from China to Japan.

The gist of the tales, is that the Weaver of the stars fell in love with a lowly cowherd boy. Zhinü (or Orihime in the Japanese version) was forbidden by the Jade Emperor (Sky King, or Tentei in Japan) to fall in love with Niulang (Hikoboshi in Japan) and was separated by the Silver River, which represents the Milky Way. 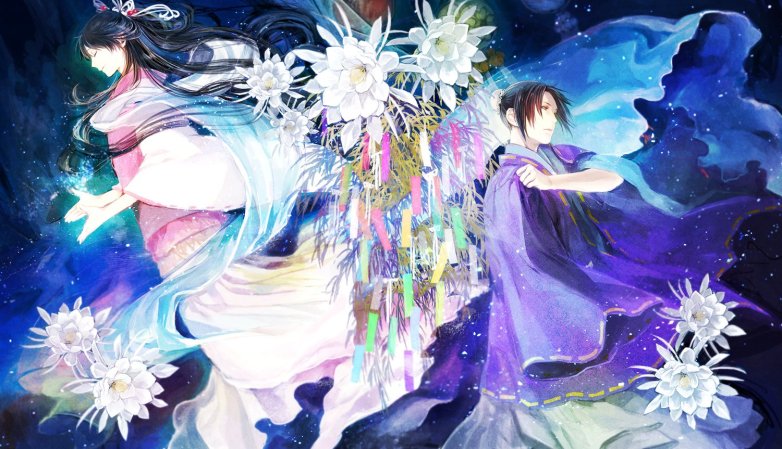 The only time the lovers are allowed to meet are on the 7th day of the 7th month when a flock of magpies flies down to allow them to rejoin.

I encourage all of you to actually read the tales, they are quite fascinating. But just know that the theme of forbidden love is probably the oldest in human history and still manages to top the charts with sales in the romance section.

On that note, I refuse to write romance. That’s sissy stuff. I easily get annoyed and the eye rolls begin as I’m cringing through most overly-emotional shows or characters. Don’t get me wrong, a little romance never hurts, but when I see people on screen making dumb choices, my aspie self goes bananas. I’ve managed to offend most people with my rants on how Character A should just off Character F because they are a huge risk to the group. Their jaws drop and I get a 5 minute lecture on human compassion. Yes, compassion is fine and good, but senor bleeding heart mc-love machine needs to take a swan dive over the cliff. Love doesn’t cure the badies rounding the corner because some dude is raising a ruckus to save his already-dead gal’s dignity.

Why am I telling you this? Because I did a little trickses in Hell’s Gate. Besides the hidden meanings and sayings within the passages, I left a bit of an Easter egg in the story. I’m quite fond of superstitions and find them wickedly delicious when playing tricks on others. To top that off, I start the first book in what seems to be a tale of a love-driven main character. By chapter two, the water works end and by the end of the book, we discover a very different side to her love interest. Just you wait until book 2. I’m practically cackling. Next blog? The life that has kicked my arse for the past two years, and up and coming WIP.

I’m sure most of you read that title and didn’t know what to make of it. And to be fair, what IS a ‘non-traditional’ American household? Well to a lot of people reading this, (and if you assumed like I would have some years ago) you would think I meant a sort of an ‘eclectic’ type living. You would only partially be wrong, but I’ll get to that on a later blog.

Let’s get to the point: My childhood wasn’t what you would think when you look at me. Yes, I’m not the traditional blonde-haired, blue-eyed, etc. ─ but you know I’m a white woman. And for every time that I’ve assumed things about others, you’ve assumed things about me.  To look at me, you probably assumed that I lived in a middle-class household with a few dogs, some siblings, and an easy (somewhat pampered) life. That I graduated from a university on my parent’s budget and that they purchased my fist car for me. Though I could rant on this topic as a whole for quite some time, I’ll spare you the details and wrap this up by saying: you would be dead wrong. Very wrong. No-good, very bad, and just plain wrong.

The most common question people like to ask me, is how I got into Japanese and Asian culture. A lot of my work often dabbles in both Eastern and Western philosophies. Why? Because growing up, I got to experience what a lot of families have not. My parents were an inter-racial couple. This was very racy, even in the 90’s.

Let me back-track a bit. My real father (who is a whole other long and complicated story saved for another time) is actually white. Unless, of course you discount the fact that my great-great grandparents were full-blooded Cherokee─ he is as white as they come. Even lives on a plot of land with some recently purchased chickens and his rescue dogs. (My dad’s a real softy for rescues)

What did that mean for me growing up? Well, my maternal grandfather was not at -all- OK with his daughter dating an ‘oriental’. There were MUCH worse things muttered in our household, and during the holidays, but let’s just let me keep those in my head and not yours, hmm?

My step-father raised me from the time that I was three years old. My parents had divorced when I was a baby, my mother taking me full-time. I’d love to get into this story, but later, as some very interesting details were discovered by myself after many years of prodding. I immediately accepted my step-father and often still catch myself referring to him as ‘dad’ because to me─ he was.

He was one of the hardest working people I had the pleasure of knowing. He worked long, and often grueling work schedules over-night, would sleep for a few hours, and then attended college. What always amazed me, is how he managed to work a 40 hour work week, school full-time, and still kept a 4.0 grade average. Even during my best semesters and working full-time, I wasn’t able to achieve this. The man was a flipping genius.

Despite those long hours, he always managed to set aside time to dedicate to me, and later both me and my brother after he was born. My mother was a stay at home mom (only after my step-dad told her that he wanted her to stay with us, because damned if my mother wasn’t anything but stubborn on this subject─ she was fiercely independent) and being that she never even graduated from high school (she had me at 17), didn’t have the knowledge to help with my homework. He was especially diligent in teaching me all the things that I struggled with, telling me that I could do anything I set my mind to.

Though my step-dad was a product of a Chinese father, and a white, American mother, we still had somewhat odd traditions than most families at the time. For example, our New Year’s was in February. We still celebrated the American New Year, but our’s was more special. It was about family─ about gathering together, eating special seasonal dumplings or food, and gifts. My eyes would simply sparkle as a child when I was handed those little red envelopes.

And nothing, I repeat n.o.t.h.i.n.g. can get me more excited than salted plum, or salted plum flavored anything─ that is my childhood in a bottle. My stepdad would bring these home for me all the time. I loved sour things as a kid, and he would make special trips to the Asian shops to get them. Noodles? Check. Rice cooking all day and me coming home to this? Check. If you combined three of the best smells in the world to me, it would be: cooked rice (especially jasmine), salted plum, and star anise (which smells just like licorice). We would go to real Chinese restaurants near us, with hand-pulled noodles, and perfectly cooked rice.

So if you happen upon a little place called Chinatown or Asian Marts across the metroplex, know there is a happy white girl perusing the spoils of local grocers trying to capture her odd little world in an all-American life.